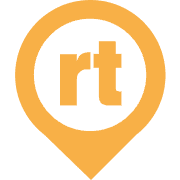 This fully restored antique home dates to 1707, upgraded with intricate details toward historic preservation, beauty and the tasteful integration of modern comforts. Come, walk these storied acres with an on-property paper mill, overlooking gorgeous waterfalls whose harnessed power supported machinations years ago, war era equipment still inside fascinating ruins. Hear the rustling trees and gurgling waters through wall-thick repeating doorways surrounding the entirety of the home, featuring original shutters from centuries back. The stonework, wide plank floors, exposed beams, and three unique fireplaces are show-stopping. Lathe and plaster walls and a wonderful new kitchen comingle with solid wood and a unique footprint made instantly breezy when latches are thrown open. This country home has an austere beauty and an upstairs featuring three masters. Lovers of old homes: walk in—the work is done. Sit on the porch, and wonder at its structure. Stroll the banks of your private river, and realize a dream.

A short history on 4 Water Street and the remains of the gristmill turned paper mill on property:

It is thought that this large tract of property bordering the Roundout Creek along with another nearby tract, originally inhabited by Esopus Indians, was bought by a man named Jans Bleeker around 1706. It was later sold to Louis Bevier of New Paltz around 1710 for his sons to inhabit.

Either his son Abrahm or John lived here with his wife, Elizabeth, and in 1754, they built a gristmill for farmers which was likely the very first industry to come to Napanoch.

It was in operation until the 1900s at which time it was purchased by John Hoornbeek and utilized as a dry wood pulp mill.

Later in the mid-1900s, it was used in conjunction with two other paper mills in the area, collectively called Roundout Papermills, Inc., to supply highly coveted tissue paper and meat wrapping paper that would be purchased and distributed throughout the country. At one time in history during the late 1800s, an ax mill and flour mill were also situated next to it.

A historic painter local to Ellenville, Bill Winters, has painted many pictures of the property, as reminisced from the 1800s era.  He highlights the beauty of the natural landscapes surrounding the property, the Roundout Creek, and this interesting mill. The Bevier house, as it is known, is also in the many depictions; both structures are recognizable to their appearance even today.

Outside
– Grounds were raised to help with water flow and dead trees were removed
– Part of the property was fenced
– House is heated by propane—1000 gallon tank buried in the back yard. Propane is used for the dryer and for cooking.

Letter From the Publisher

May Your Holidays Be Isolation Proof

To Ale, a Good Night

Next Article
Scroll To Top